Supergiant Games made a name for themselves in the indie gaming scene with 2011's Bastion, an action-RPG with an isometric view, a wonderful soundtrack, and pretty, hand-painted environments. The game sold well on Xbox 360 and PCs and the small team behind it soon began work on Transistor, a spiritual sequel that introduces a new turn-based/active hybrid combat system and a digital world on the verge of collapse. Like Bastion, Transistor is an audio-visual treat with unconventional video game storytelling.

Transistor is set in the world of Cloudbank, a virtual world continually transformed by a voting system in which its citizens control everything democratically from the weather to the color of the sky to the presence of bridges between towns. The world is turned upside down when the Camerata, a group of four who wish to essentially end the chaos of Cloudbank's fickle democracy and rule as philosopher kings, begin collecting culturally valuable citizens to capture their essence within the Transistor, a giant sword/data chip that can manipulate the world directly. Their plan goes awry when they attack our hero, Red, as she prepares to perform at a concert. Red is saved by her unnamed friend/lover who sacrifices his life to stop the sword, upon which he merges with it and becomes an ever present voice within the weapon, speaking to the player/Red continuously as the story unfolds. 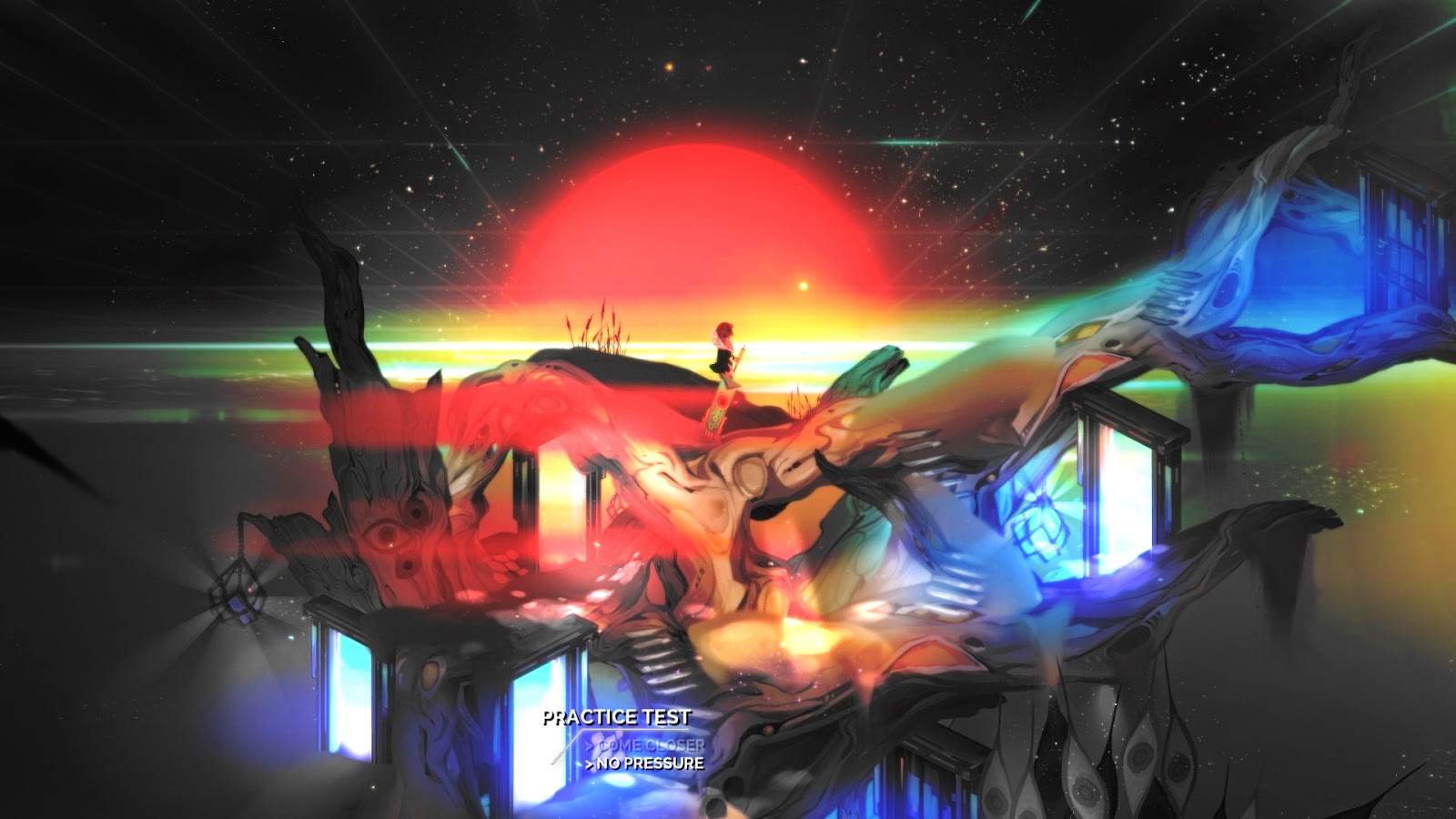 Cloudbank and its politics are complicated and full of unsolved mysteries, but these don't really matter to Red. Her objective isn't to save the world, but rather to simply hunt down the people who stole her voice and killed her friend. Most of the game's background is filled in by lore that's unlocked as you use new abilities, and very little of Cloudbank's nature is directly explained. The story wasn't especially compelling for me, and I never really connected with Red as a hero, but the actual storytelling is well done and is supported by genuinely strong voice acting.

The world in this game is less The Matrix and more Reboot; the people in Cloudbank are digital beings, but as far as we learn aren't avatars or any kind of consciousness of physical life forms. This is entirely their world, and they're aware of its artifice, but that doesn't make it any less real to them. The horrible monsters that you encounter are the Process, a living computational function transforming/purging/defragmenting the world. It's a cool setting that sells itself well, and the fantastic art design definitely plays a big role in that. 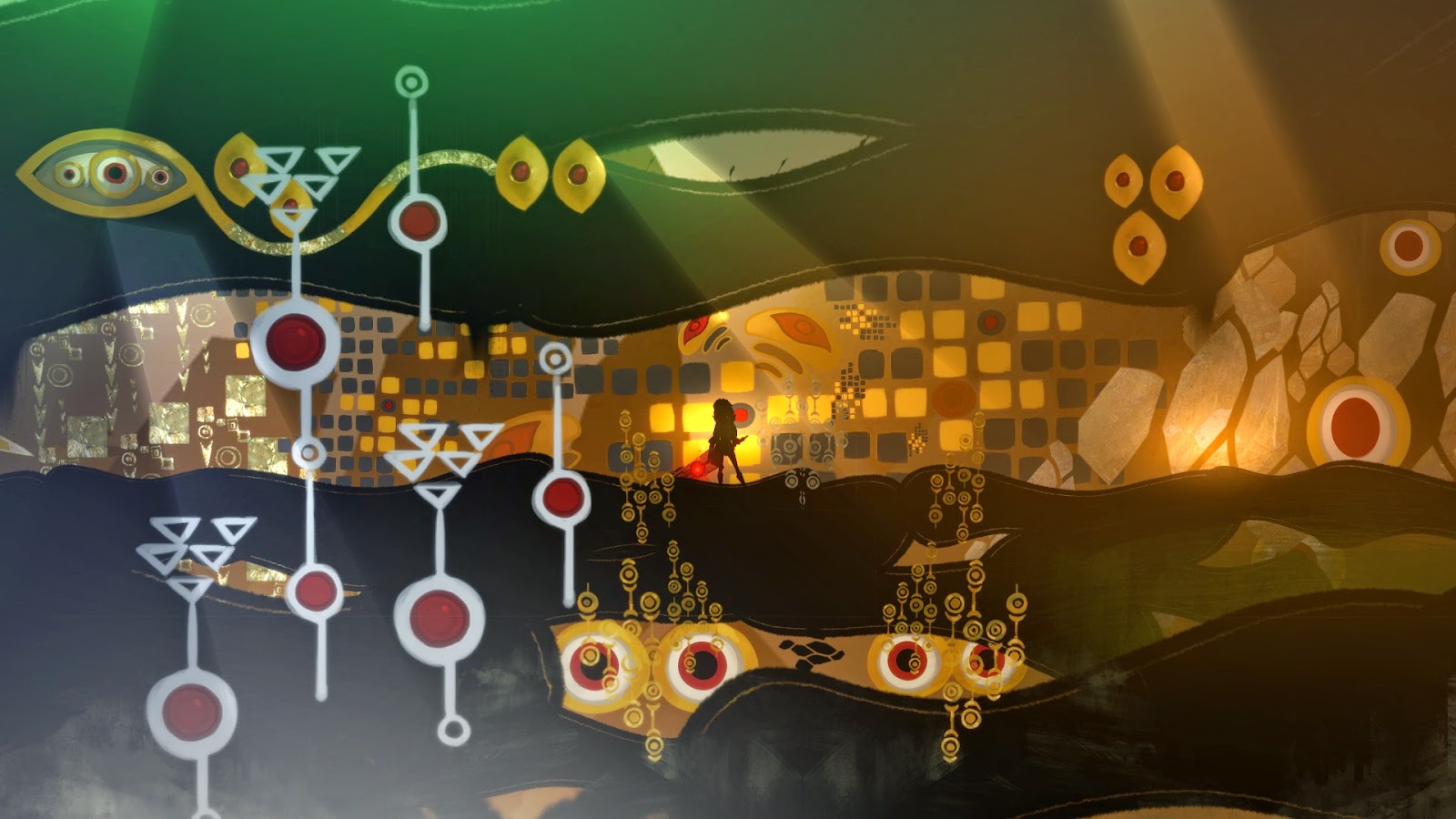 There are lots of little details to unearth as you explore Cloudbank, but for the most part Transistor is a linear game focused almost entirely on combat. There's some switch flipping throughout and one puzzle early on (one requiring players to hit two buttons at once using the game's turn based mode) that is never expanded upon. Red learns some pretty fun skills, so the lack of puzzles in the main game is a let down. There are optional combat trials that essentially work as big puzzles, but for the most part, this game's focus is on fighting. 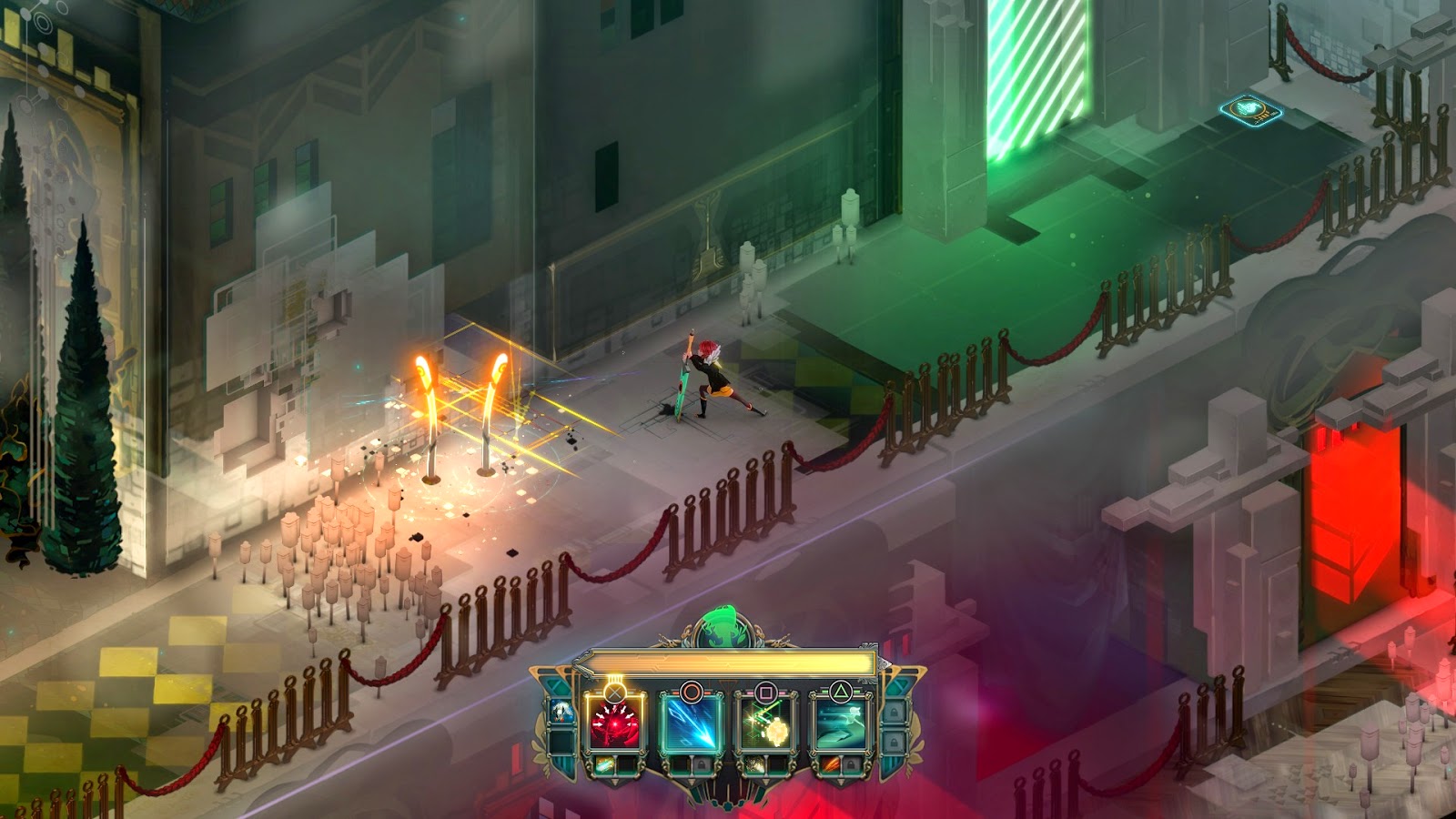 Players can heavily customize Red's moveset, assigning one main move to each of the controller's four face buttons, and eventually two modifying skills to each move and up to four modifiers that give Red innate abilities. The interface for assigning moves is pretty awful, and it's hard to tell which modifiers you've got equipped until you take them off. This is my biggest problem with the game, but it's a patchable one at least. For a game with such wonderful attention to detail, the sloppy, confusing user interface is pretty surprising.

When fighting, players can execute moves instantly in real time without using any of their stamina meter or can freeze time and plan out a series of more strategic moves, with each piece of the strategy consuming some stamina that takes time to recharge. For most of the game, you'll be using the turn-based fighting system, but with the right combination of moves, especially in New Game +, players can do some serious damage in real time too. The amount of freedom in the combat system is great, and it remains fun from start to finish. Unfortunately, it's kind of easy to figure out ability combos that completely break the game. I won't go into those here (Most involve Void, an ability that weakens enemy offense/defense and can stack) but you figure them out soon enough, and once you do combat becomes trivial, even if you turn on the Limiters, which are the game's way of letting players customize the difficulty level to their choosing. New Game + presents a greater challenge and completely new enemy layouts, but it's still too easy once you figure out what works.

I really enjoyed my time with Transistor, but I didn't feel completely satisfied at the end. Not so much for the ending (a downer of an ending in which Red finally gets to make a big choice of her own), but because it just felt incomplete. The game is very short for its $20 price tag (I estimate it took me around eight hours to complete the game twice and 100% clear its trophy list) and it just feels like Supergiant Games could have done much more with it. More enemies, more puzzles, and a more satisfying final area would have been nice, because as it is I finished the game and said, "That's it?" New Game + had opportunities to present new or altered story scenes, but almost nothing changes outside of its remixed enemy sets. 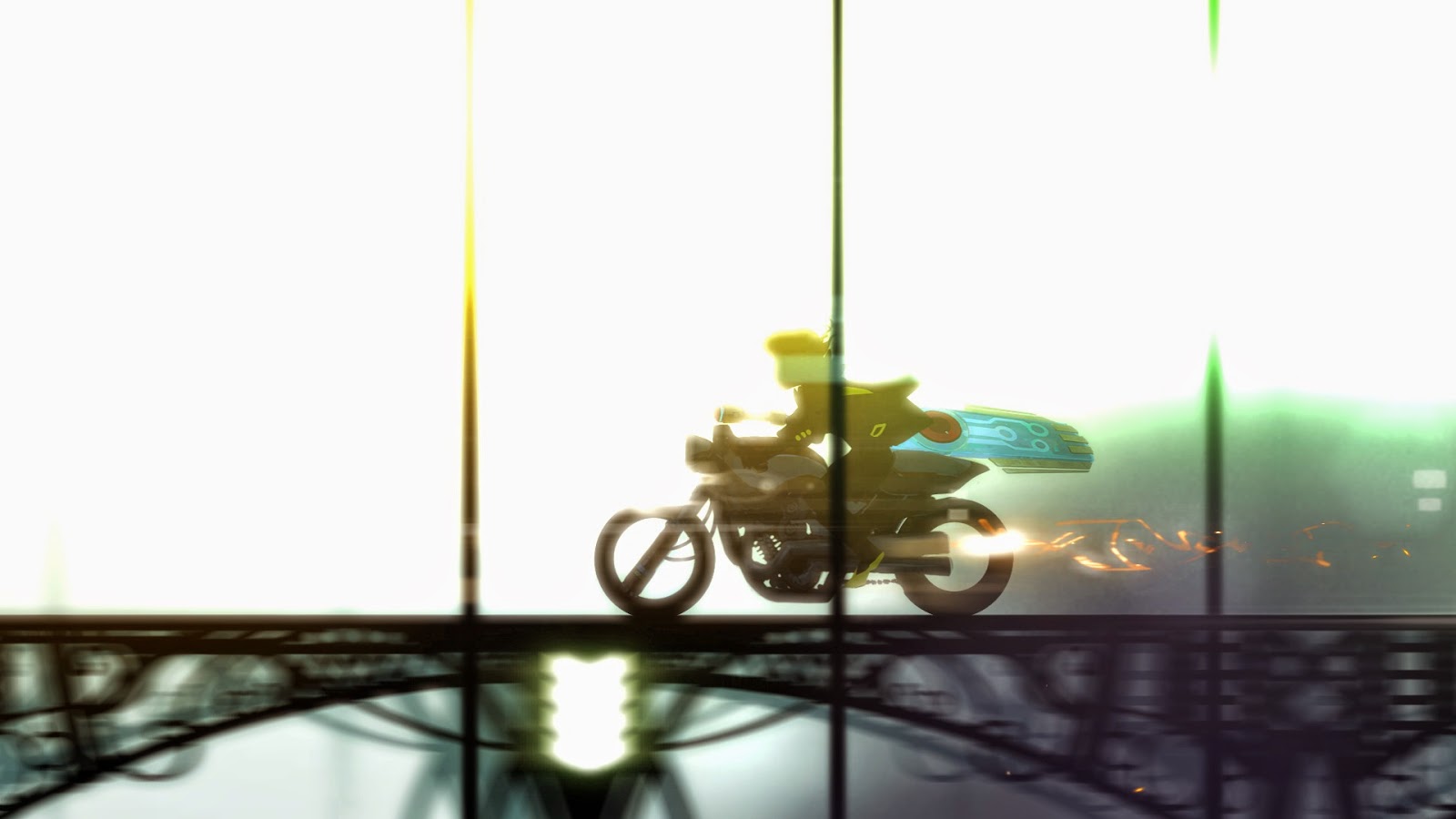 I'm usually a fan of shorter games that don't overstay their welcome, but I felt like I barely got to know Transistor, even if I figured out the right combos to ruin all of its monsters easily. I definitely recommend it, but the story, while well told, isn't as interesting as its setting, and the combat, while continuously fun, isn't much of a challenge. It's a solid experience, but it doesn't bring anything particularly new to the table, though it does everything (outside of the user interface) with wonderful style. The acting, art, and music are all significantly better than the average game, so it's worth checking out for that alone, as long as you know what you're getting into.
Posted by surlaw at 11:12 PM