Strider is a 2014 revival of Capcom's 1989 ninja action game of the same name, with Double Helix taking on development duties in a partnership with Capcom. Taking its gameplay cues more from the open-structure of the NES version than the more linear arcade version, the new Strider is an exciting, fast-paced game with a fun world to explore, plenty of cartoonish robots to fight, and wonderful feeling movement that just gets better and better as more abilities are unlocked. While it hits a few snags, Strider's a good example of a long dormant franchise revived and done justice.


Double Helix, like contemporaries Wayforward, is an independent company known in large part for developing titles based on popular movies/cartoons and for reviving flagging and retired game franchises. The company's been in the news a lot lately; they developed the Xbox One revival of the incredibly 90's fighting game Killer Instinct, they partnered with Capcom on this Strider revival, and most recently, were purchased by Amazon.

I was wary when I heard that Double Helix was taking on Strider. The company's first title, Silent Hill: Homecoming (2008), remains my least favorite game in a series I otherwise love. Their 2010 installment of Square's giant robot series Front Mission, Front Mission Evolved, was an even messier attempt at popularizing a niche series. I know better than to judge a developer on one or two bad titles, but Double Helix's past library inspired no confidence going into Strider. I'm very happy to say that they've turned it around and produced a great game, even if it has some shoddy production qualities. 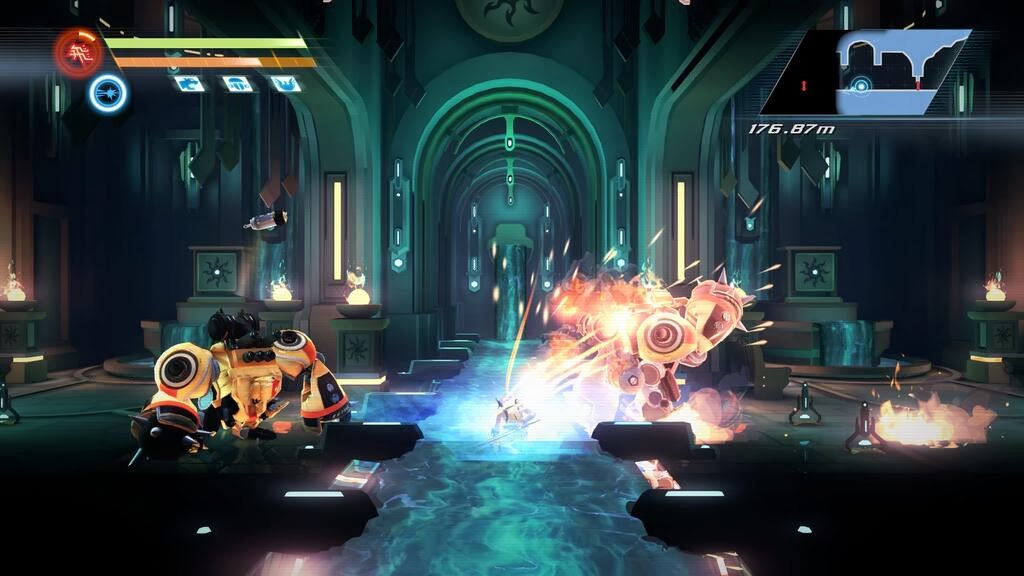 The masked hero of the series, Strider Hiryu, specializes in two things; acrobatic movement and slicing up evil robots. The new version controls very fluidly and unlockable abilities make Hiryu's jumping and climbing even more fun as the game goes on. Players can easily speed from platform to platform while taking out dozens of enemy robots and it never gets old, as new abilities and weapon types are introduced regularly enough to keep the game's pacing brisk. The game's world, the mechanized Kazakh City, gradually opens up, allowing players to backtrack and open up new areas and find new collectables as new abilities are aquired, in the style of a Metroid game. Most essential collectables are marked on your map once you get close enough, while other less important ones are harder to find. There's enough to collect that exploration is continuously rewarding, but not so much that it feels like a chore, as it does in the Assassin's Creed games. 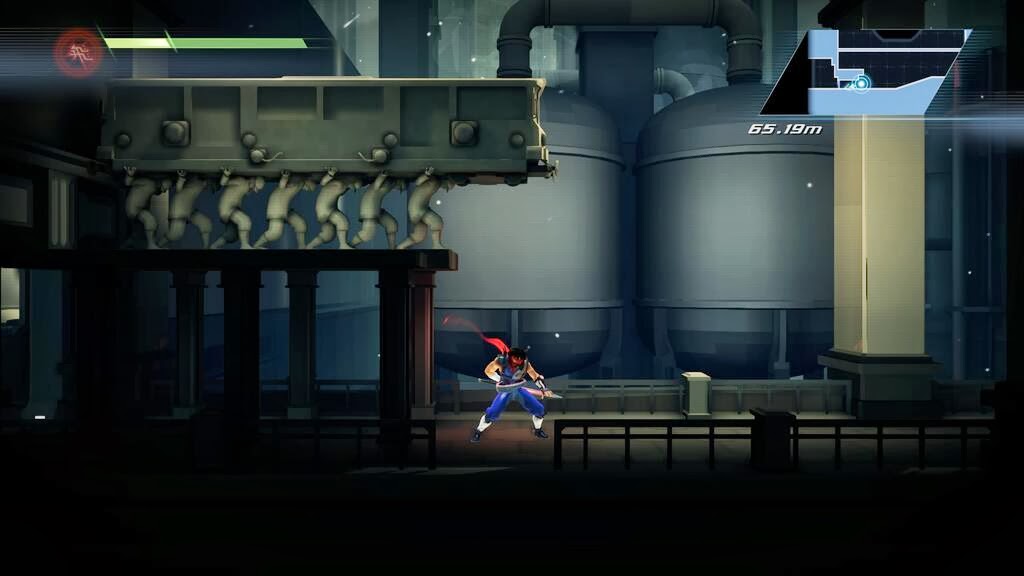 Combat varies between sword strikes, thrown knives, and calling robotic partners for help (an eagle and a panther.) It gets a bit too button-mashy at times, and on Normal difficulty Hiryu takes almost no damage from regular enemies, but boss fights are fun and the final quarter of the game is challenging. I'm planning to replay on Hard mode to see if that alleviates my issues with the game's difficulty curve, because it's simply far too easy for the first couple of hours (my final playtime was around 7, with 93% of collectables found; the game can be completed in under four fairly easily if you ignore the collection aspect.) The whole final section of the game is great, but its difficulty is a spike rather than a curve, so it's easy to teach yourself bad habits early on and be completely unprepared for this by the time you reach those parts. 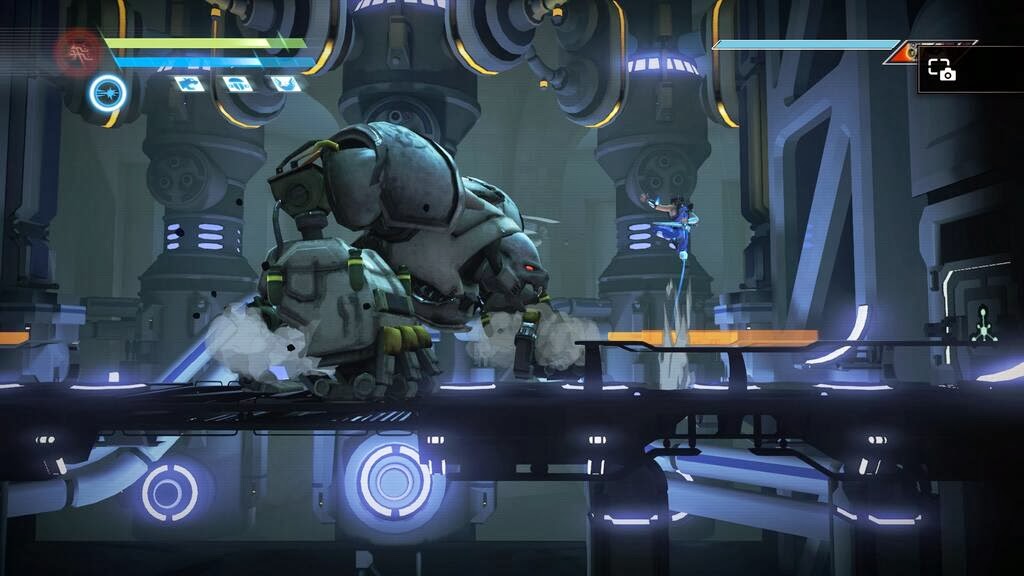 I'm very impressed overall, and plan to replay the game a few more times (for Hard mode and for a speed run or two), but there are definitely some sloppy things that should be pointed out. My biggest issue is that there are times when text boxes containing enemy dialogue obscure the entire bottom of the screen, hiding both enemies and platforms. This seems like such an obviously bad design choice, and it crops up from beginning to end. Another big issue is that the game's camera is problematic. If you jump off a tall platform and fall rapidly, the camera often moves slower than Hiryu, leaving him off screen for a few seconds while the camera catches up. The world flows fluidly from room to room, but the camera treats each room as individual areas, so you can attack/be attacked by things entirely off screen that are right next to you, but just barely beyond the threshold of a door frame. The game's art design is also often uninspired, with different regions of the game world looking far too similar and too many palette swapped enemies. On more minor issues, the game's default sound balance is a bit poor, with music being completely drowned out by sound effects (easily fixable in the Options menu), and there's no way to customize controls. I personally would have rather been able to control Hiryu with the d-pad and select my weapons with the analog stick, but there's no customization options for this at all. 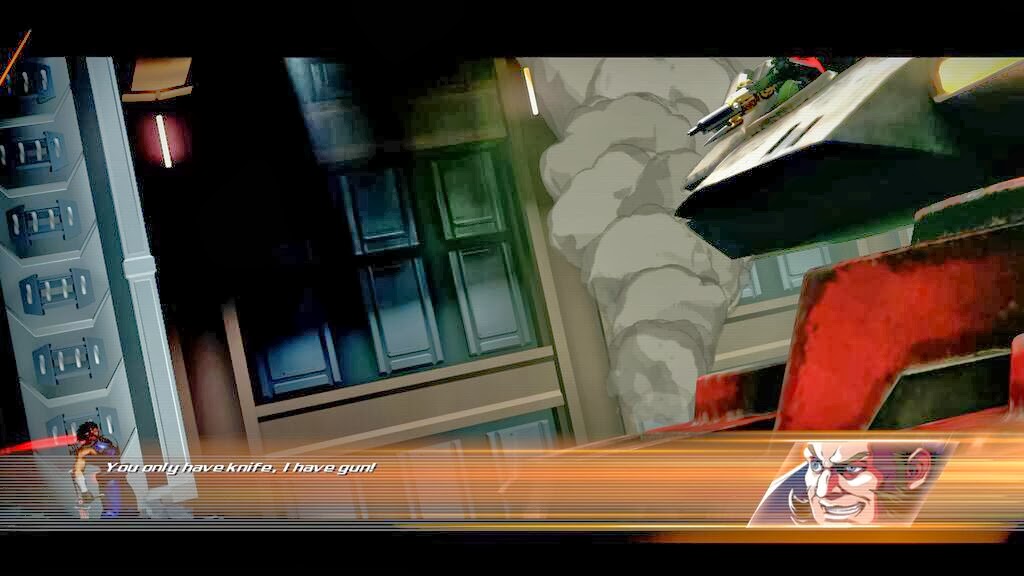 In spite of these issues, Strider remains extremely fun to play, so that really says something about how good the core game experience is. Aside from the dull art design, all of these issues could be resolved with a patch. I don't expect one, but it would be nice. Still, this game's such a huge step up from Double Helix's previous titles that it caught me off guard and I'm actually excited to see what they do next, especially after their acquisition by Amazon. Whether it's another Strider game or something entirely new, I hope that their next title continues the sort of fast-paced, energetic arcade style action seen here.
Posted by surlaw at 6:48 PM